In my continued search for a good photo of Comet NEOWISE I rather abruptly packed up and went on a road trip to Western Nebraska. My original idea was to catch an image of the comet over Chimney Rock, maybe Scotts Bluff or Courthouse & Jailhouse Rocks depending on conditions. That plan was altered by the appearance of thunderstorms. I just had 3 days, 2 nights available to make it happen. So I took my nightly storms in stride and did my best to take advantage of the dynamic storm light to make some photos.

The last night a friend and I were shooting images at Courthouse & Jailhouse Rocks as more scattered thunderstorms rolled through. I had all but written off the chance of seeing the comet, but at least I had a chance to photograph a nice sunset and one of the smallest (by area) lightening storms I’ve ever seen. I’m talking literally one cloud putting on a show directly over Jailhouse Rock.

After the lightening passed & I thought it was safe to get back out of the car, I was setting up my star tracker to take some images where some clear sky was starting to appear in the West. Out of habit I glanced back Northwest and thought I noticed a bit of a fuzzy patch of light. I told my friend I was going to see what it was in the best way I know how, by swinging the camera around and taking an image of it. Like I hoped, it was the comet emerging from the clouds as the storms cleared. So we picked up quickly and moved over to the other side of the rocks in one of the locations I’d originally planned for photographing the comet. The featured image of this post is the result. I’d have to say, it may well be one of my favorite nightscape images to date. 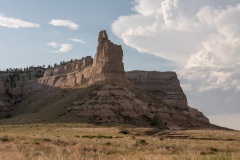 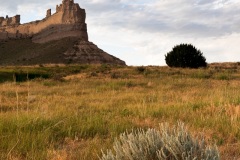 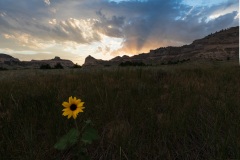 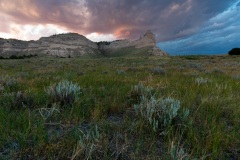 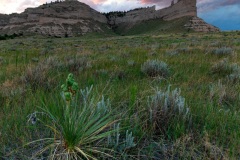 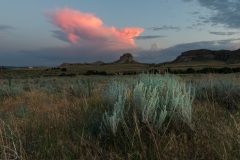 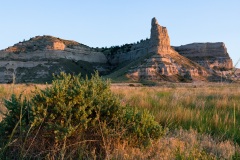 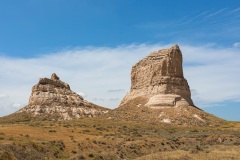 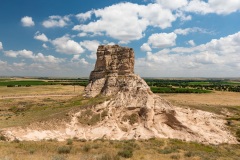 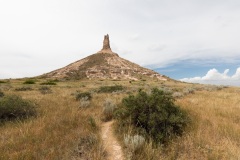 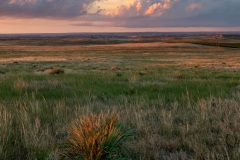 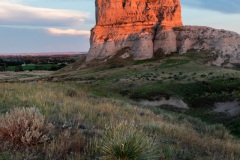 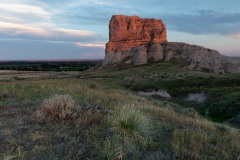 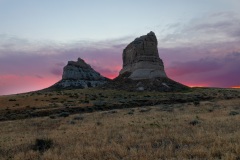 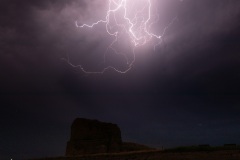 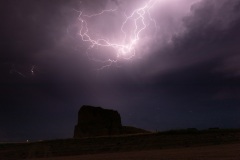 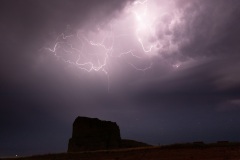 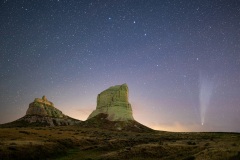